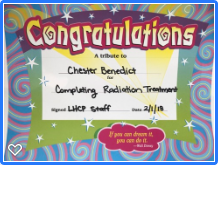 On the last day of radiation Tom was given this certificate and some well-wishes and we were on our way without any fanfare.  But in our hearts we were all rejoicing.  Our son Eric came along for moral support.  We celebrated with a breakfast at Anna's House-a favorite breakfast restaurant in Grand Rapids. 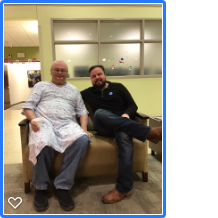 We were going to have a family celebration over the past weekend but the weather didn't cooperate.
However, I know there will be lots of time for celebrating in the future.

Tom's radiation journey was not always smooth.  Over Christmas he had Influenza A which meant no radiation while he was sick.  Even though he had had a flu shot, he was very ill for over a week.  He had two trips to emergency where he was given breathing treatments but thankfully, he never developed pneumonia.

He has also had skin irritations outside of the radiation area.  He has been seeing a dermatologist for that.  Last week while we were in for a recheck, she looked at his radiation burns and felt they might be infected.  Her instincts were correct because he has a staph infection in the burns and he is now being treated for that.

Our lives were filled with good times during radiation too.  In December we celebrated two grandchildren's birthdays-Savi is 4 and Wally is 1 year old.

Wally is a very happy boy and we love Face-timing with him. 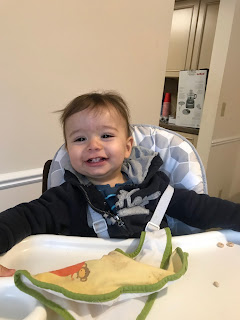 Savi was an angel in our church's Christmas program. 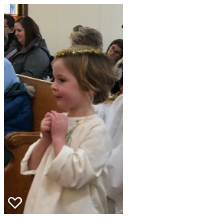 I play French horn in a community band and we had two performances over Christmas.

Our Christmas celebration stretched over a week.  In the time we saw all our children and grandchildren. 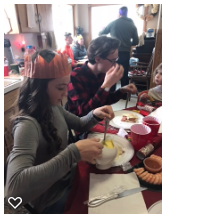 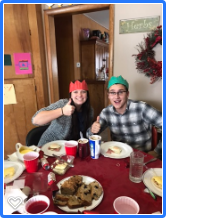 Eggs Benedict is our traditional Christmas breakfast after the opening of the Christmas crackers-which explains the paper crowns. 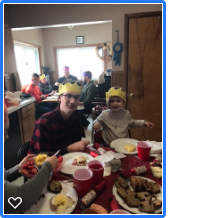 We continued meeting with family over the following week.


Back in April I posted the following on this blog:

Our pastor shared a Bible verse in Sunday’s sermon that is helpful to us as we face the future.   Proverbs 18:10 says The NAME of the Lord is a strong tower: the righteous run to him, and are safe".  We are looking to our faith to see us through this journey.

We invite you to join Tom’s team and to be part of our support group.  Please pray for wisdom, strength and healing for this time in our lives.


It is the love and support from family and friends that has keep us going during this time.

Thank you to all of you who have been part of our support team.