Sunset on Chemo Treatments and On to the Next Step 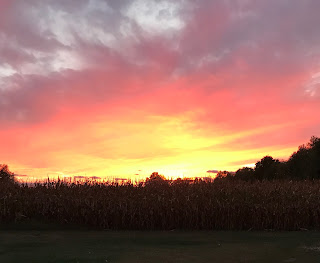 We are blessed with a wide view of sunsets at our farm in Alto, Michigan.  This sunset from late November shines over our field.  It symbolizes for us the sunset on Tom's months of chemo as well.

Tom had finished chemo on Tuesday, Nov. 20.  This gave us much to be thankful for this year.

Our family had a blessed Thanksgiving. Our daughter Jennifer and her husband Sudeep hosted Thanksgiving this year.  This was a first for Jennifer.  She did a great job.  Kristen and Chris came from Ohio and joined Tom, Eric, Jennifer, Sudeep and I for a delicious meal. 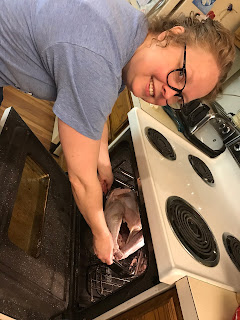 We also celebrated Kristen's birthday that day.  Spending time together was the highlight for me.  Our plans were to go shopping on Black Friday; however online shopping was so much easier. 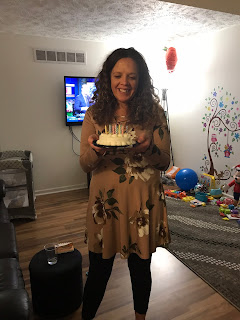 Later that weekend we celebrated our daughter-in-law, Sherry's birthday.   November and December are big months for birthdays in our family.  We still have two more in the next week.  A four year old and a one year old.  There is so much excitement for Savi and her Cinderella party. 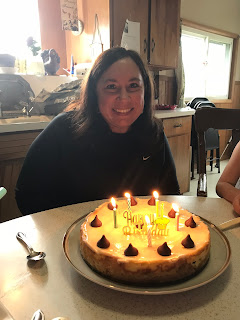 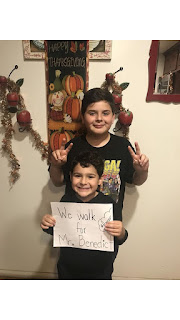 Tom is getting stronger each day.  His hair is beginning to grow back and his strength is growing too.  We have had many doctor appointments as chemo is done and radiation is getting ready to begin.

We have decided to have radiation here in Grand Rapids instead of Florida.  Although it delays our departure for Florida, it gives Tom's treatment continuity with the doctors and the treatment facility.

Our son Eric has some friends on Instagram from California.  These two young men post interesting observations on restaurants in Los Angles.  Eric told this story about the boys:

"I’ve recently had the opportunity to get to know these two brothers from California. While we first began talking about food, we quickly discovered that we shared a bond of having a parent battle cancer. They offered me words of encouragement and wisdom that was profound for their age. They are participating in the Race for the cure and they informed me that they are dedicating their walk, to my father. I️ am humbled and touched to consider these two young my friends. Thanks Aidan and Liam!"


The boys were participating in a cancer walk at Dodger Stadium.  Tom felt honored to have such support from all the way across the county. These sweet boys sent me a message when Tom finished his chemo and told me it made their day to hear the news.

Next week radiation treatments begin.  The 30 treatments will be daily Monday-Friday.  The trip to Grand Rapids will take longer than the actual treatment.  We are a 25 minute drive from GR.  Our goal is to get through this step a successfully and get to Florida.  As a Yooper, I am not intimidated by driving on snowy roads-which we will most likely have to face for these six weeks.

My hometown is Sault Ste. Marie which is 320 miles north of here. That is in Michigan's Upper Peninsula.  Snow storms and blizzards are common there.  Here are some pics from a blizzard that happened when we were visiting there in January, 2008. 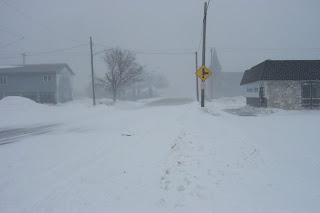 Bingham Avenue, a normally busy street, was deserted during the blizzard. 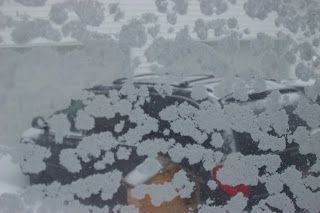 We have winter weather predicted for tonight and tomorrow.  Tom is having his port removed tomorrow but I'n not worried about facing nasty roads.  Each of these steps brings us closer to the end of his treatments! 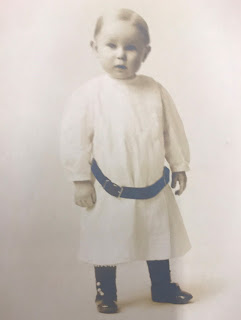 It is not very often when a family discovers a whole new set of cousins.  People who lived near you and you crossed paths with but never realized they were related to you.

But let me go back to the beginning.  Wally Benedict is my husband's father.  His parents,
Walter and Sarah Benedict raised a large family near Grand Rapids, Michigan.  Wally had always said that there were 13 children in the family.  However, there was only information
about the births of 11 children.

Phyllis, the youngest child of Walter and Sarah had a vague recollection that there was a child named Gerald but there has never been any record of Gerald Benedict.  She felt he was the oldest of the children but someone her parents never would talk about.  The only information we had about Gerald was t…
Read more