April 08, 2010
Today was beautiful and Tom got our bikes all set up so we set out exploring. Near the campground, there is a business park with wonderful roads-but there is nothing there and the roads aren't open. The downturn in the economy is hitting Branson hard too. A waitress was telling us how tough it has been-not nearly as many visitors as normal. Anyway, these roads were great for bike riding except that everything here involves hills. But it made for a great time of exercise and fun. 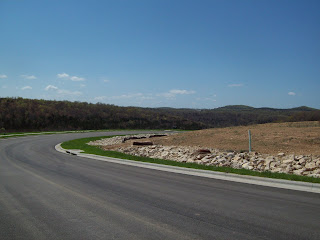 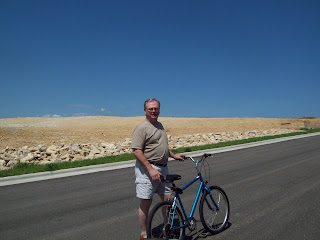 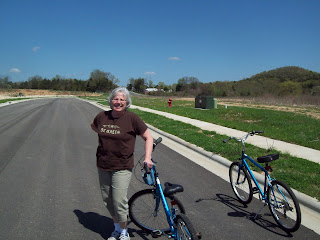 We attended the Jim Stafford Show last night. We've been fans of Stafford since the late 60's when he was the head writer and a performer on the Smothers Brothers Show. He went on to work on the Glen Campbell show and then had his own TV show in the early 70's. He is a talented guitar play and a very funny comedian. The show was 2 hours of laughter. Every show we've been to (4 of them now) has had 3 things in common. First, there is always a tribute to veterans and there are lots of veterans in every audience. This involves a song and even having the veterans stand for applause. Second, every show has had at least one Gospel song. The performers may say something like,"Anybody out there like Gospel music?" They get a rousing response from the audience. Third, the performers are very accessible. They are out with the audience before the show, at intermission and after the show. Talking, joking, asking where you're from and posing for pictures. I'm disappointed that I didn't get my picture with Stafford.
Tom always talks to the musicians about what brand of guitar they play. Jim Stafford has a Taylor guitar and a Mason Williams guitar. 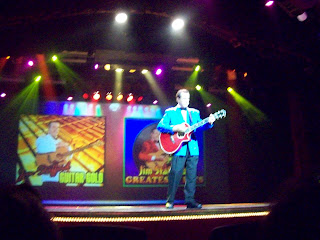 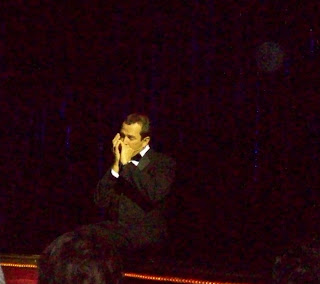