August 15, 2009
Here are some pictures from my trip to Michigan International Speedway today. This first one is a driver giving autographs before qualifying for the Nationwide race. I don't know who it is. Anyone able to identify him? He was very cordial and nice. 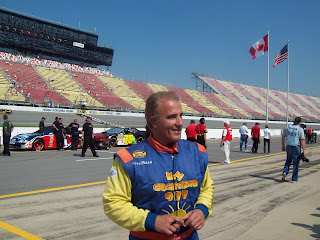 This is Justin Lofton, the driver I interviewed yesterday, walking with his publicist. Yes, he has a publicist for his first Nationwide race. 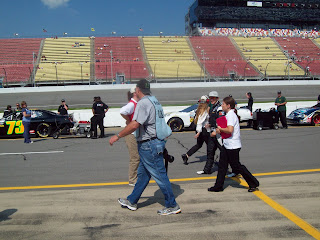 Here is the crew getting Justin's car up to the line for qualifying. He qualified well and ended up 16th in the race. Great finish for his first race in Nationwide. 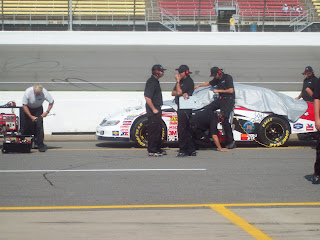 I took a walk through the fan campgrounds. There are no words to describe what I saw. Just look at the pictures. 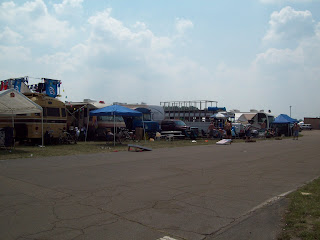 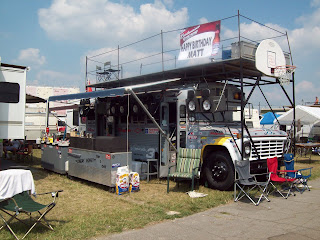 I had a hot pass which meant I had full access to the garages. This is Michael Waltrip's spot with his crew chief in the wheelchair. 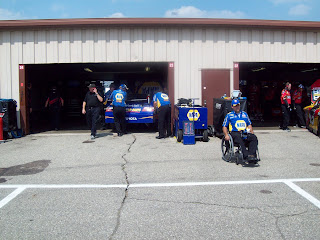 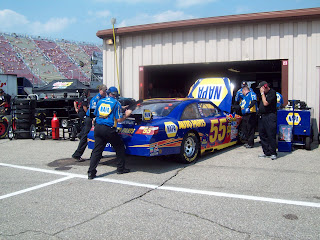 You had to be really careful because the cars don't look out for you. Here Kevin Harvick and I got real close. 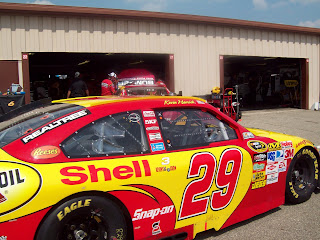 The next two pictures were taken from the roof of the tower which is by the grandstands. This first one is the souvenir sales and parking to the rear of the grandstands. 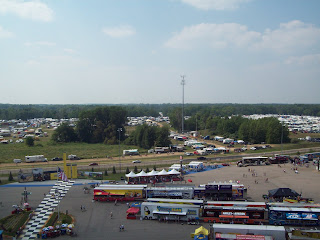 This is the track from the roof of the tower. 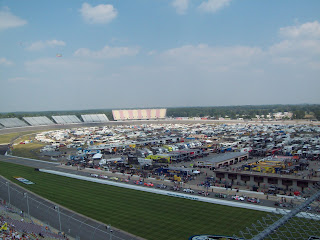 The reminder of the pictures were taken from the press box high above the stands. It is the best place ever to watch a race. You can see the whole track, it was air conditioned, they constantly kept bringing me sheets of data about what was happening, there were computer screens with data about every lap. I always knew every car's time on every lap plus there were refreshments available. Will I ever be able to watch a race at home again? 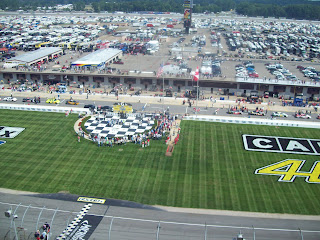 The fly-over was really neat. 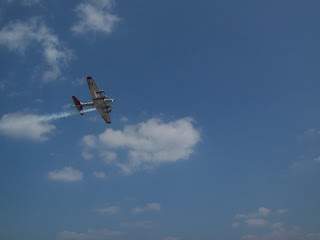 This was my seat. Not too many press people went up to the press box. 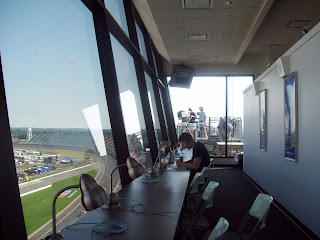 This is looking into the TV studios where the race coverage was being done. 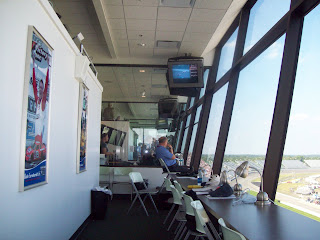