July 27, 2009
Tommy, Sherry and the kids arrived at the Cabin on Sunday afternoon. We were ready with bikes for all the kids and Grandpa took them riding for lots of fun. We played games, had hot chocolate and finished the day watching Hannah Montana on television. 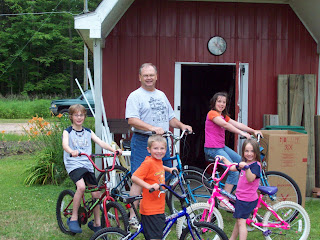 Today the guys got right to work getting a load of metal to take in for scrap. Tommy, Jay and Jack took apart an old picnic table. 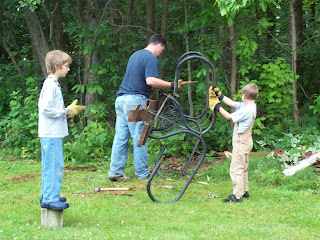 Jack is helping Grandpa here load an old tank onto the trailer. When they took the load in, they got $75 and Grandpa promised some to each of the kids. Madelynn rode along to deliver the load. Grandpa suggested that Anna come in the house to help Grandma instead of the heavy work outdoors. So Anna and I made lunch-soup, pumpkin bread and carrot cupcakes. The work crew was very happy with our work too. 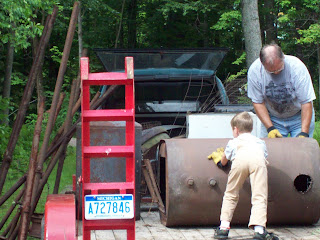 Here are the guys bringing wood down to our bonfire pile. We're hoping to have a big bonfire for Tommy's birthday on Friday. 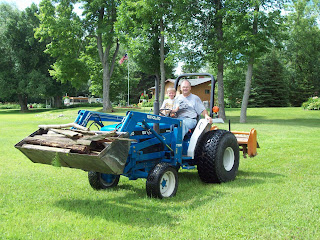 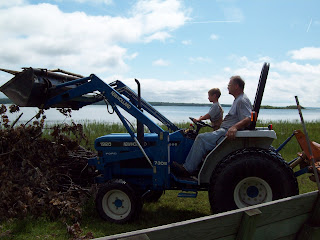 The water was wonderful today. The kids all took turns at fishing but had no luck. Jack and I took a kayak ride but some heavy rain chased us in. 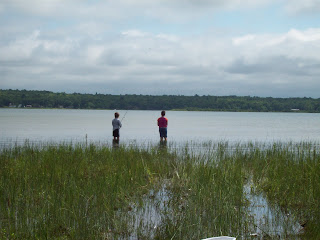 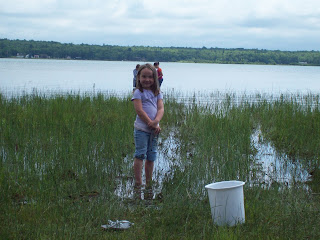 We took the family out to Clyde's for dinner tonight so the kids could see a boat up close. I think they are picking up boat watching because tonight Jack came home from a bike ride with his dad. He came in the house and asked if I had seen any boats while he was gone. I told him, "No" and he said, "I didn't see any either and I was looking." That's a good boat watcher. 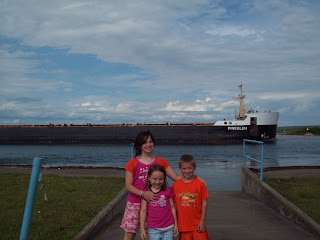 Jennifer arrived this afternoon for a short visit. She will return to Alto on Wednesday and heads out to North Carolina on Friday. She starts back to work next Monday. She has some extra days of training for all her technology that she received because she was a recipient of the 21st Century Teacher Grant for her school district.
21st Century Teacher