August 14, 2009
Today I attended the NASCAR race festivities at Michigan International Speedway which is south of Jackson. I was there representing InsiderRacingNews.com whom I write a weekly column for. There was no racing today-just press conferences, practice and Cup qualifying.
My pictures aren't in any particular order. It was a very warm day at the track and I spend most of today learning my way around the media center and the garages. The picture below is Mark Martin pulling out of his garage during practice. 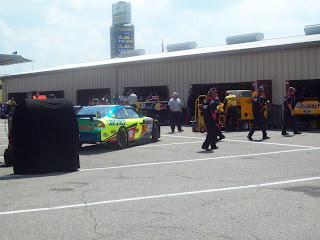 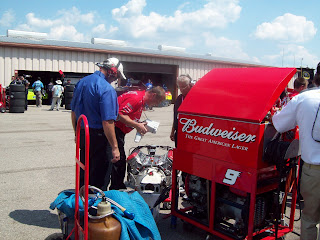 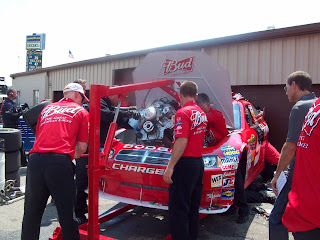 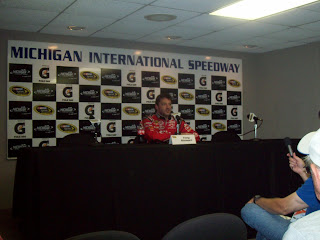 Here is the infield and the Media Center is the brown building straight ahead. Nothing fancy but worked well for a cool place to sit and collect my thoughts. 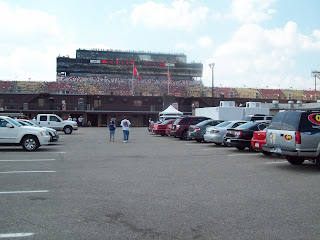 This is the Nationwide car of Justin Lofton. He is making his first start in Nationwide tomorrow. (Nationwide is a step lower than the Cup race). Justin is 23 years old and just a baby. I interviewed Justin in his hauler (vehicle they carry their carry in and also a kitchen and living room area. 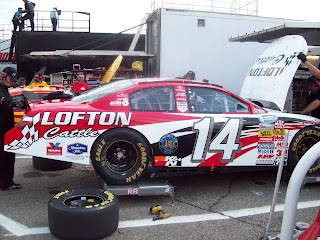 Here are a couple of shots of where I was. This is looking back to the garage area. People everywhere. 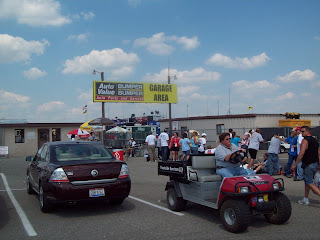 This is the motorcoach area for the drivers and their teams. 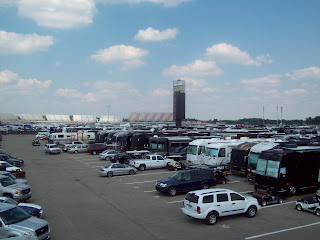 This is the parking area where my van was. I was a ways out from the media center but I was parked in the infield. 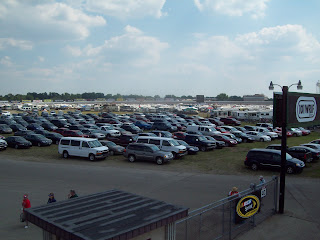 I enjoyed my day, learned lots about getting around the garages (look out for cars!), saw a little of how media works at a race. No signs and no one tells you anything. But they do feed the media lunch which I really appreciated because I forgot to bring any money in from the van and I wasn't looking forward to a long walk back there to get money. I also appreciated the air-conditioned facilities for the press.
If there is anything you would like to see pictures of, put a comment here and I'll try and take those pics tomorrow. It was an overwhelming experience and I was constantly bombarded with noise and people.
Insider Racing News Michigan International Speedway NASCAR